In this post I am setting up a network available RTSP video camera on a Raspberry Pi 4 Model B with the latest Debian Buster installed, you will also want another ‘remote’ computer with VLC installed on the same network. I have used a camera module connected via a ribbon cable to the Pi’s video port. The performance is more like what you would see from a security camera rather than some fancy dedicated device. I will be making the configuration with a bash shell using SSH rather than the GUI. 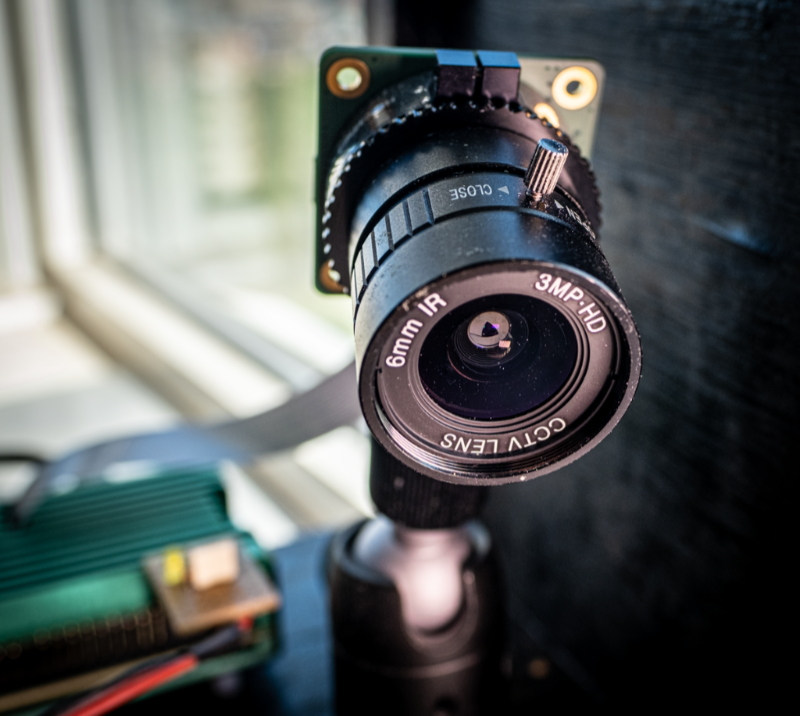 If you haven’t already, enable the camera on the Pi with sudo raspi-config and go to Interface Options > Camera. To reduce the load on the computer I also set the Pi to boot to the Console in System Options > Boot / Auto Login and selecting Console, you should also check that at least 256MB of memory is allocated to the GPU in Performance Options > GPU Memory, when complete reboot to set the updated configuration.

Install some prerequisites, you may have some or all of these installed already:

Next add the Video For Linux (V4L) Repository, this adds the drivers for the video on the hardware side

and add the following line to your apt sources with $ sudo nano /etc/apt/sources.list

We can now install the V4L packages:

We now need to install the RTSP server from Git, this server connects to the V4L drivers above:

To setup V4L, edit the configuration file $ sudo nano /etc/uv4l/uv4l-raspicam.conf and update the driver options and uncomment the h264 options:

Restart the service once you have saved the file:

I’ve chosen 720p 16:9 widescreen, this gives a good image quality without stressing the Pi 4B. The framerate is a compromise between quality and usability, its unlikely you would want to go above 25fps.

If you don’t know it already, find the IP address of your Pi with $ ip a. Look for the address in eth0 or wlan0 depending on if you are using ethernet or wireless. In this case I will be using 192.168.2.33 in the examples.

Start the RTSP server with:

Replace user:password with a suitable username and password. I have assumed that the camera is on /dev/video0, you can test this with:

On a successful load it will tell you the connection:

Now on your ‘remote’ computer open VLC and choose Media > Open Network Stream and place the given stream address into the network URL, you will then be asked for the username and password. For me it took less than five seconds for an image to appear, there is a fairly high latency on the image shown, the picture lags by about a second from reality.

You can access the stream using Python scripts and OpenCV on your ‘remote’ computer for AI/Machine Learning. For me this is a Debian Linux box with FFmpeg as OpenCV uses this to access the stream.

You can check OpenCV is working with FFmpeg with:

and looking in the output for FFMPEG saying YES:

2 thoughts on “Setup a Network Camera with a Raspberry PI”